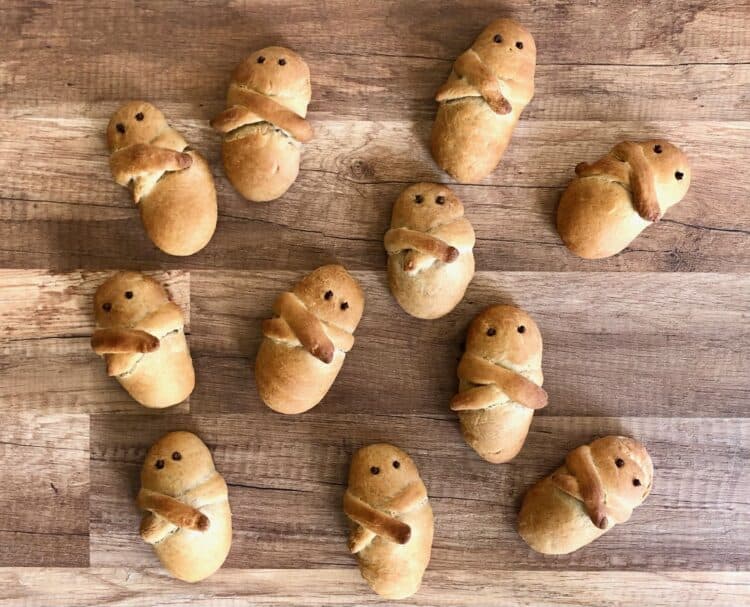 Lazarakia (little Lazarus breads) are traditional Greek Easter breads eaten on Lazarus Saturday. They symbolise the resurrection of Lazarus and are shaped like a little man wrapped in a shroud, just like Lazarus is depicted. 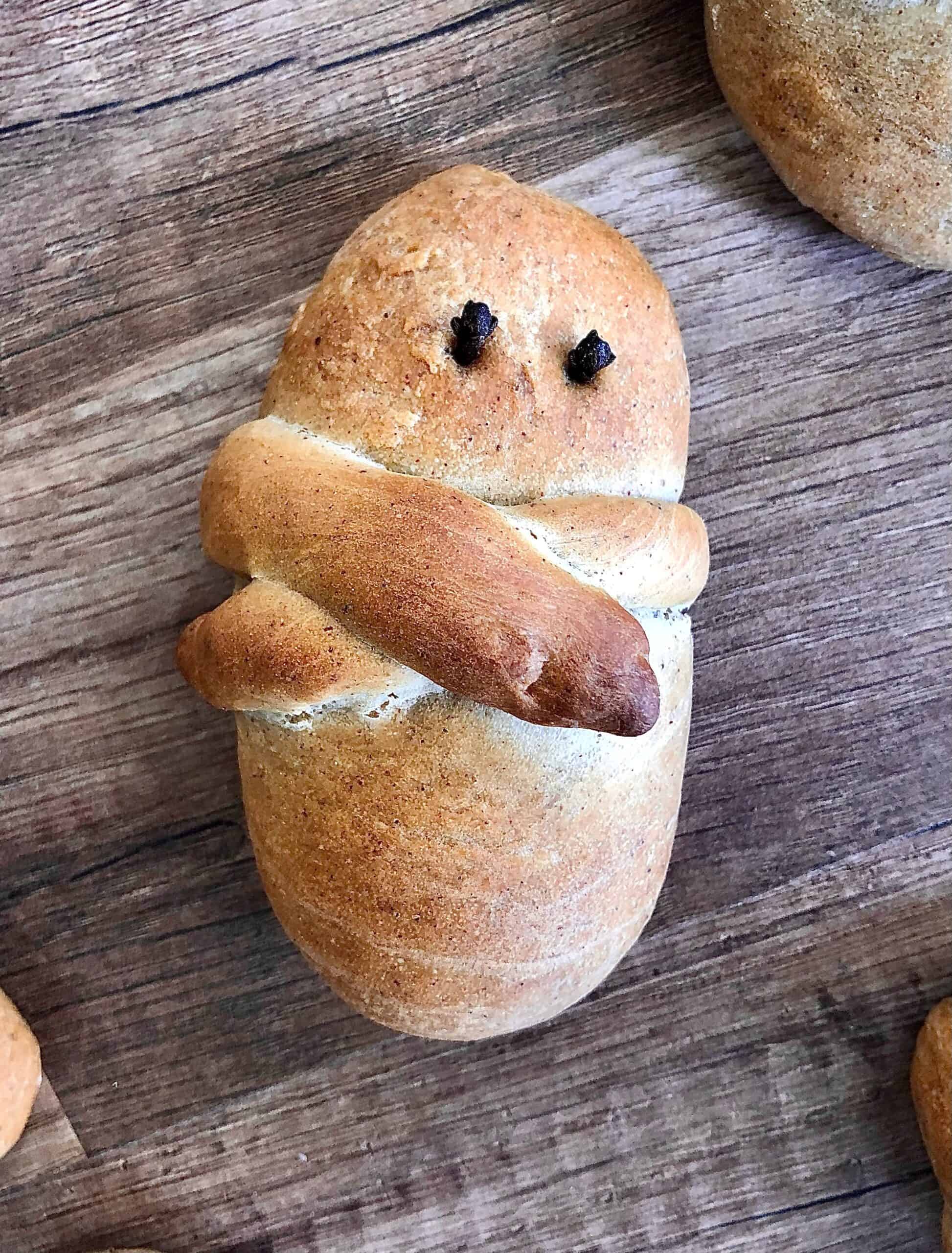 Lazarakia are made in Greece and Cyprus and are usually small, sweet breads with spices. Unlike Greek Easter bread (tsoureki) Lazarus breads are Lenten as they don’t contain any eggs or dairy products.

Prepare the dough for the Lazarakia

Lazarakia can be made with any kind of dough you like. For this recipe I used some spices, ground clove and cinnamon, to lift the flavour and added sugar. So the breads are on the sweet side and really aromatic from the spices.

If you can find some mahleb it would be great to add some too. It will give the Lazarakia breads a really unique aroma and flavour.

Tip: Ground clove is a powerful spice, so be careful not to add too much, as the dough will become bitter. 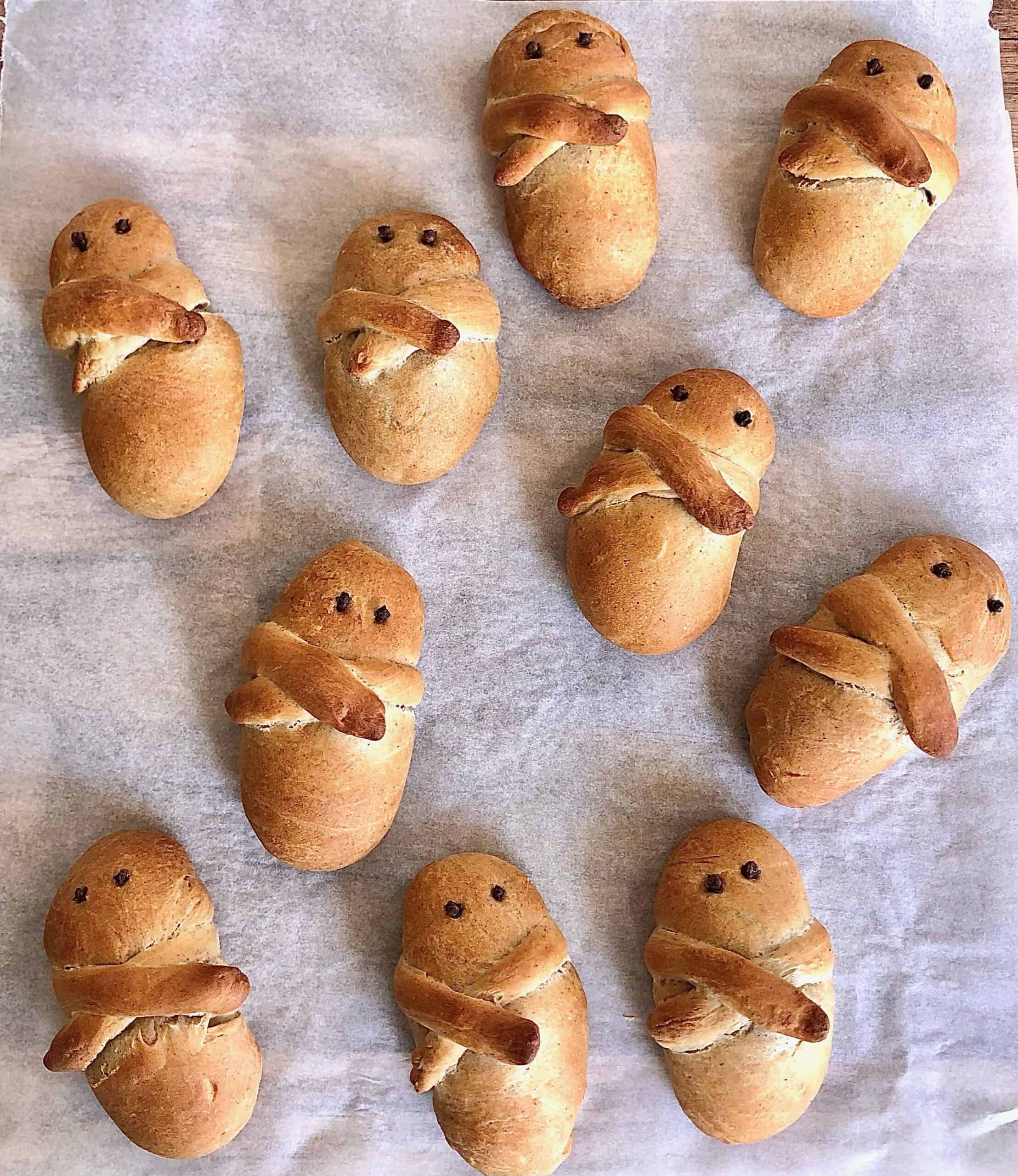 Dry yeast is used as a leavening agent, but you could substitute with fresh yeast by just tripling the amount of the dry. Let the dough some time to rise until it doubles its size. Rising time varies greatly as it depends on the temperature of the environment. The warmer the environment the less time it will need to rise.

If you have a stand mixer it will be really helpful to use it, but the dough for the Lazarakia could be also made by hand. It will just take some more effort 😉

How to shape Lazarakia breads

Traditionally Lazarakia are shaped to resemble a little man wrapped in a shroud, just like Lazarus is depicted. You could be creative and shape them as you like. This is the way I made them shown in the photos below. It’s really easy and you could get your little helpers shape them and have lots of fun.

To shape the Lazarakia breads you just need to pinch a bit of the dough and shape separately the hands and the body. Roll the dough into a string and then place under the body and fold in front so that the hands are crossed in front of the belly. Then place 2 whole cloves for the eyes and you are done! 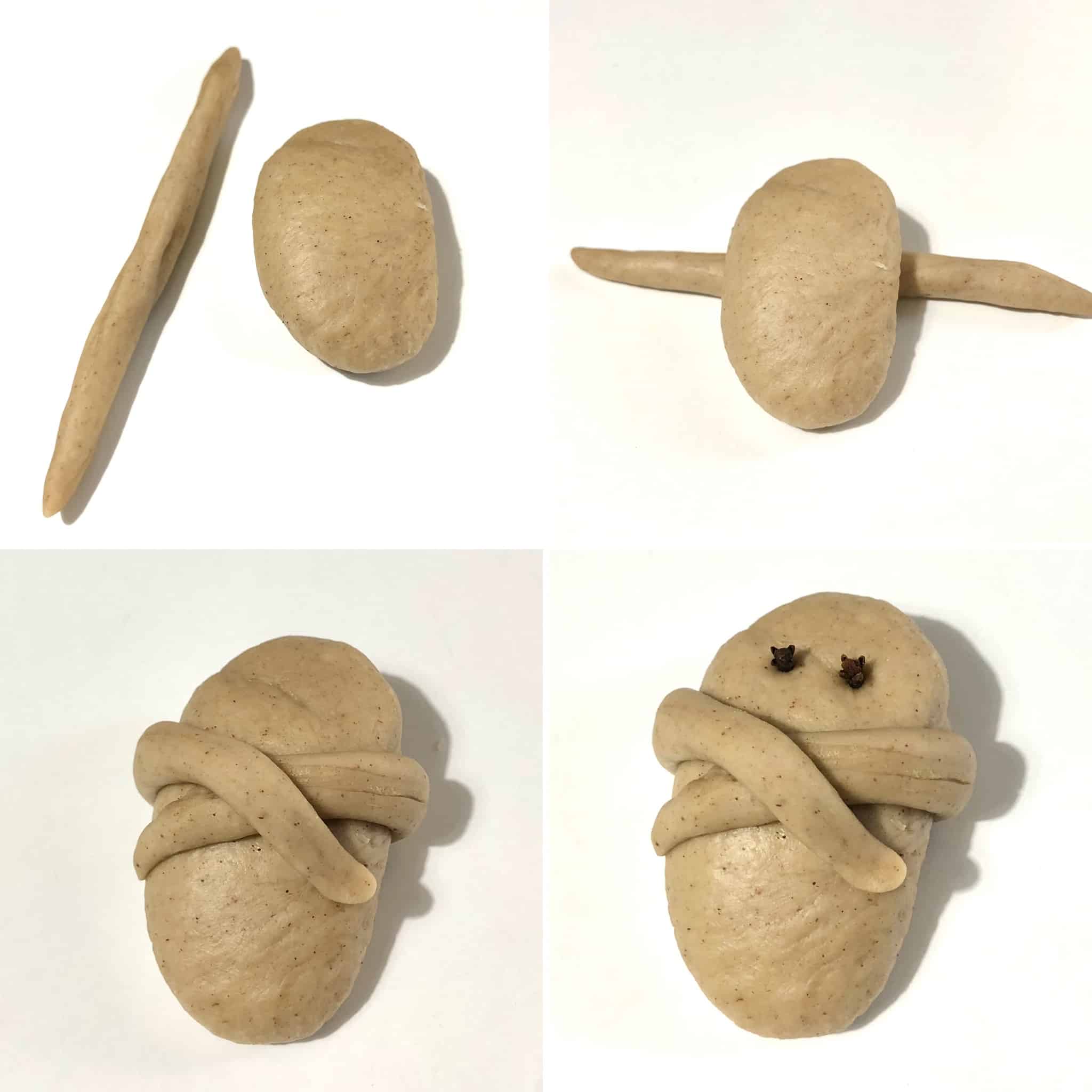 If you are looking forward to make all the tradition Greek Easter recipes and celebrate with your loved ones, then these are my favourite ones for you to try: