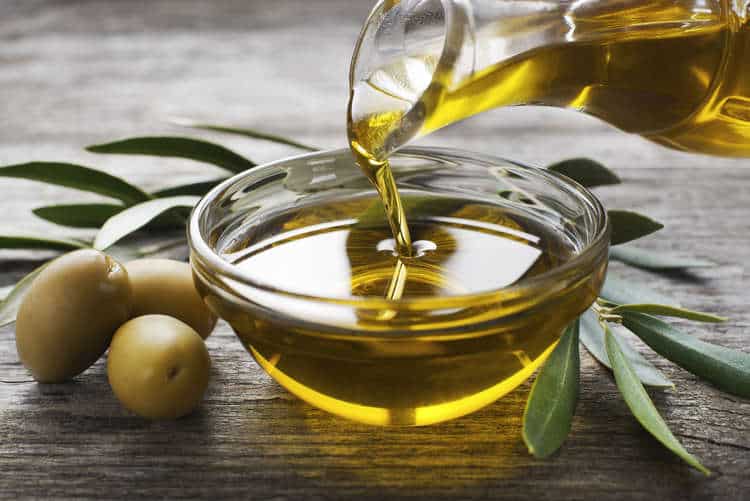 Let me start by saying that I personally love cooking with olive oil! Whether fruity, bitter or pungent it is perfect for a smooth vinaigrette and always ads a nice finishing touch that gives extra flavor to almost any dish!

It is the favorite kind of oil for Mediterranean countries as they use it practically everywhere! The Greeks alone consume more olive oil than any other country world wide, with 21 liters per capita being consumed every year! Compare that to a paltry 1 liter in the UK and less than a liter in the United States and we clearly have some catching up to do…

But what about healthy? Stay tuned while we explore the numerous nutrition benefits of cooking with olive oil.

Olive oil is one of the primary foods associated with the heart-healthy Mediterranean diet and many books have been written about its health benefits. It contains the most monounsaturated fat (that’s the good kind of fat!) which can help lower your cholesterol and control insulin levels in your body.  The FDA claims that:

This means you will be protecting yourself from cardiovascular diseases and high blood pressure as well as diabetes!

Olive oil is full of antioxidants, such as Vitamin E, which are known to slow down the aging process and contribute to a longer life expectancy. Some of its compounds are among the strongest antioxidant chemicals discovered in food so far (and that is a good thing!).

Since the ancient times olive oil has been used as a way to moisturize and rejuvenate damaged skin. The proof being that it has been used cosmetically for thousands of years in numerous skin, hair and facial products.

And if these are not enough, numerous studies have shown that consuming olive oil can help prevent osteoporosis, as it increases calcium absorption; it reduces the risk of breast cancer and helps reduce levels of obesity.

Promote healthy eating habits for you and your family by making olive oil a delicious, nutritious addition to your diet! Check out some tasty ideas below: