There is nothing better than a homemade pie, made with homemade phyllo dough! Phyllo or filo pastry, which means leaf or sheet in Greek, refers to the pastry that is wrapped around savoury and sweet pies and comes in many regional variations!

Filo pastry (phyllo dough) is notoriously difficult to make at home, with only the very best cooks attempting to make their own and the rest simply buying a ready-made version. Well, not any more!

But as you know there is nothing better than homemade and to make sure you succeed on your very first attempt I have put together my favourite Greek rustic filo recipe, my tips and tricks and recipe suggestions to make the perfect savoury pie! So let’s get started!

What is a Greek Phyllo Dough?

It was invented in the olden days, before the age of commercial phyllo doughs and was particularly popular in the small towns and villages all around Greece – hence its unofficial name – village dough. 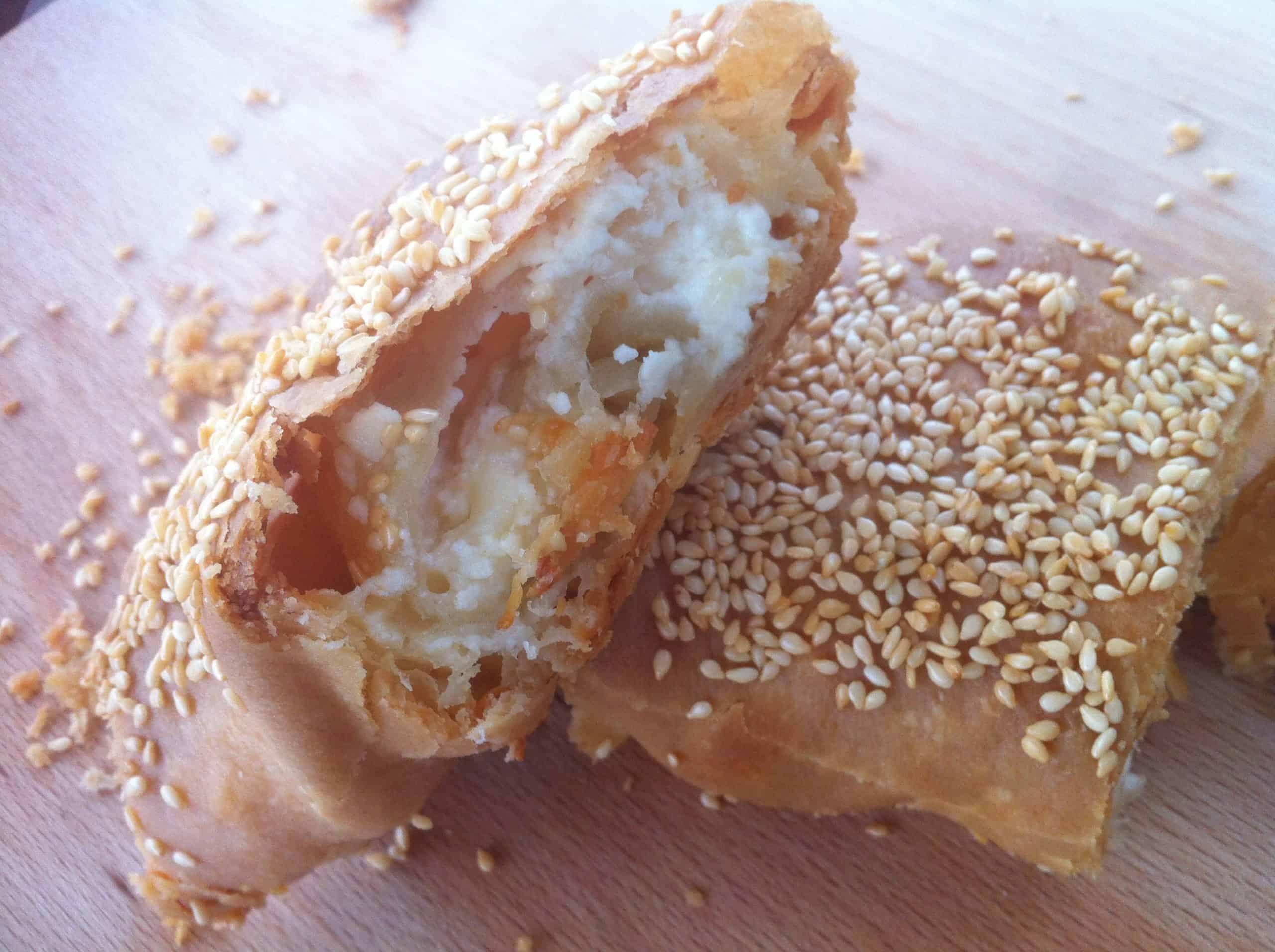 What flour is the best suited to making Phyllo (filo) dough?

To make the perfect filo dough you’ll need to get yourself some strong white bread flour. The high gluten (protein) content is an absolute must as it allows your phyllo to be stretched out thin and, when baked, crusty and crunchy!

Using a softer flour, like cake flour, will result in a more tender dough which when baked will become more crumbly, almost like shortcrust pastry.

How to make your phyllo pastry

The secret behind a crusty and crunchy phyllo is in its preparation. To make your phyllo you’ll need to:

To prepare your phyllo dough, start by adding the flour, the salt, the olive oil and the vinegar in your stand mixer bowl. Mix it for 10-15 seconds using your dough hook until the wet ingredients have incorporated into the dough.

Tip: adding vinegar gives your phyllo dough that extra crispness, so make sure you don’t omit it!

Once the oil and vinegar are incorporated into the dough, make a well in the flour and add the lukewarm water. Then add your lukewarm water in the mix and knead for 10 minutes or until the dough has separated from the sides of the mixing bowl and is soft and elastic.

Tip: If your dough is sticky add an extra tablespoon of flour. If its too crumbly add a couple of tablespoons of water and mix again.

Once your dough is ready, cut it up into 5 equal sized balls, approximately 80 grams/ 2.8 oz in weight. Sprinkle them with some olive oil, cover with some cling film and let them rest for at least 60 minutes, or preferably overnight.

This resting period will let the filo dough gluten relax and make it easy for you to stretch it out into a thin filo sheet that doesn’t shrink when handled!

Rolling out your filo dough

To roll out your filo dough start by sprinkling your work surface with plenty of flour. Don’t worry if it seems like too much flour – the filo will use up as much as its needed when its being stretched!

Grab yourself a thin rolling pin – the thinner the better! I prefer using a wooden pin that is as thick as roughly a broom stick. Place one ball on your floured surface. Gently stretch it out using your hands to form a circle. Flip it over on the floured surface and grab your rolling pin.

Gently roll the edge of the dough over your rolling pin and roll the dough around the rolling pin while gently pressing on your work surface. Unroll, turn it 90 degrees and repeat until your phyllo is paper thin.

Once rolled out, set it aside on your floured countertop and cary on unrolling your second sheet. Letting it stand will reduce the moisture in the phyllo, making it crispy and crunch!

To make sure your phyllo dough is nice and crispy when baked, make sure that:

What fillings go best with this delicious Greek filo recipe?

I absolutely love making rustic pies with this phyllo dough! My favourite ones are:

There is nothing better than a homemade pie, made with homemade phyllo! Phyllo dough or filo pastry, which means leaf or sheet in Greek, refers to the pastry that is wrapped around savoury and sweet pies and comes in many regional variations!