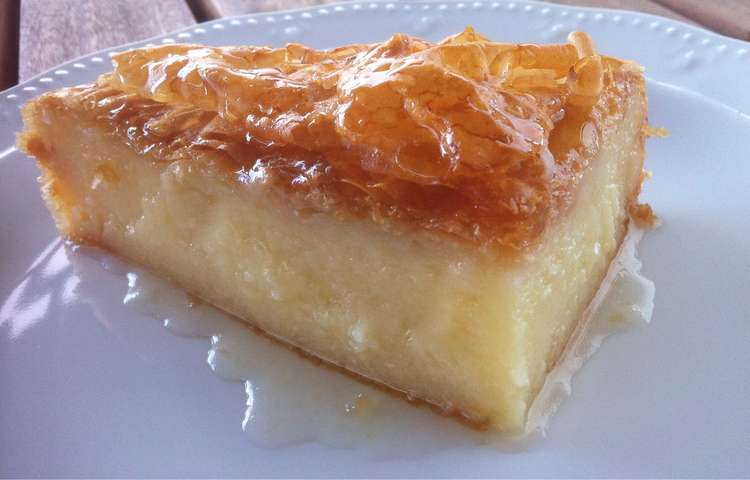 Golden crispy perfection.. Have a bite of this amazing Galaktoboureko and let its juices flow in your mouth! Galaktoboureko is a traditional Greek dessert made with layers of golden brown crispy phyllo, sprinkled with melted butter, filled with the most creamy custard and bathed in scented syrup.. Simply amazing!

After a lot of experimenting, we have distilled the essence of this delightful traditional Greek dish to a few easy to follow steps for you to make the very best Galaktoboureko on your first try!

So, this is a very easy to follow Galaktoboureko recipe for you to recreate this traditional sweet delight from scratch. 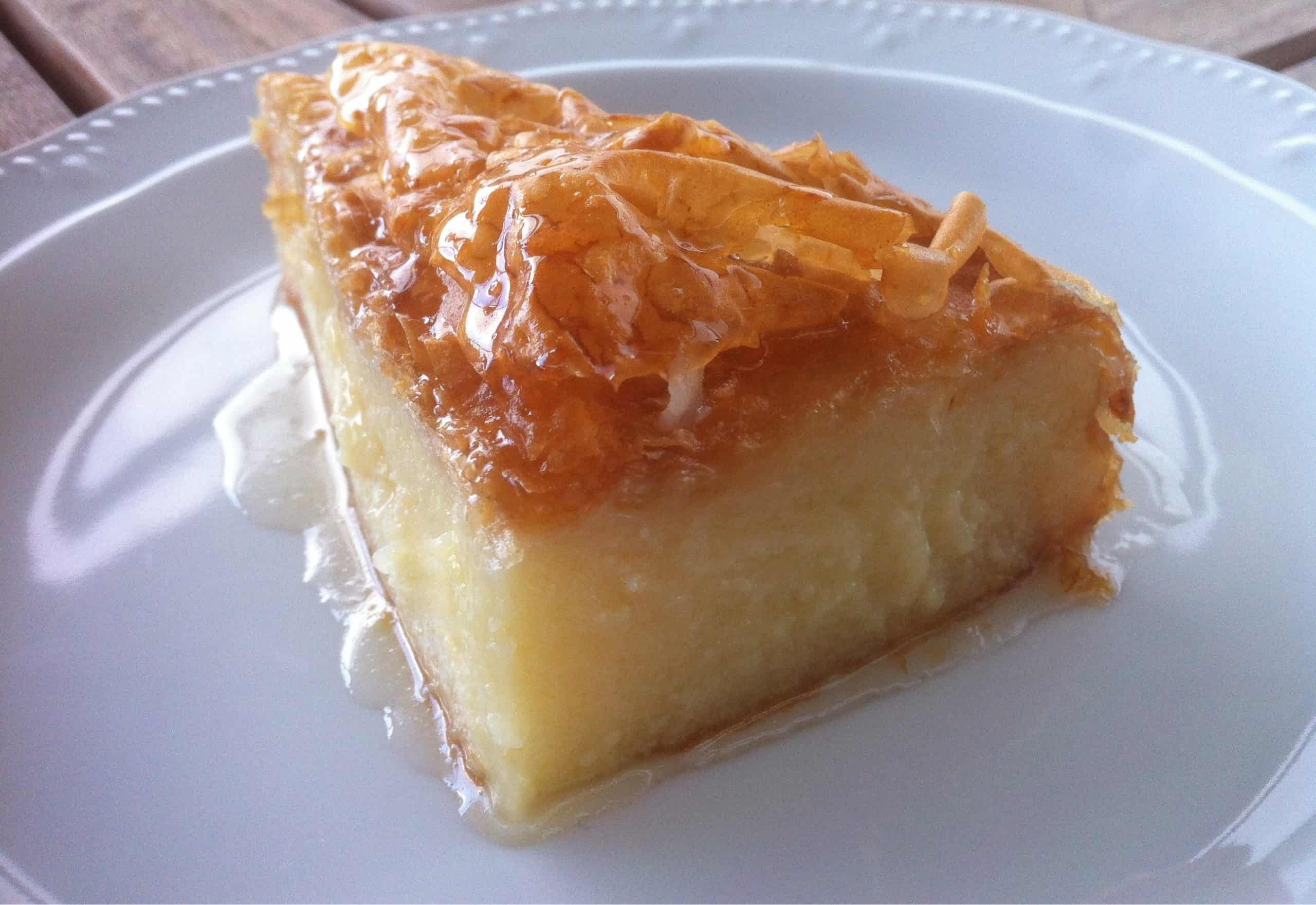 This easy to follow Galaktoboureko recipe can be summarised in three key stages: Layering the phyllo sheets, Preparing the creamy custard filling,  and Preparing the scented syrup.

When preparing phyllo based desserts, like this Galaktoboureko recipe and baklava, a little trick to make the phyllo crispier and flakier is to sprinkle the melted butter over the phyllo sheets, rather than brushing them.

Working with phyllo can be tricky as it’s brittle and can dry out very quickly, so check the handling tips before start preparing this Galaktoboureko recipe.

Tip: Sometimes when baking the galaktoboureko some black spots will appear on the top. If you want to avoid that then just use your butter clarified.

In most recipes, the eggs are added whole towards the end, but with this Galaktoboureko recipe the eggs are beaten into meringues and combined in the semolina based cream. This is the secret to a more fluffy and creamy custard and to avoid the egg-y smell, which can ruin the flavour of your Galaktoboureko.

Tip: Just be careful to add the semolina slowly to the warm milk and whisk constantly to avoid forming lumps!

Prepare the syrup for the Galaktoboureko

To achieve the perfect texture for the syrup of the Galaktoboureko, you should never blend or stir the syrup, while it is boiling. Just let the sugar dissolve in the hot water, remove from the stove and add some honey.

Tip: Honey (or glucose syrup) helps the syrup not to crystallise, gives extra flavour and makes it nice and thick.

For the perfect Galaktoboureko: crispy phyllo and right syrup-ing go together! To accomplish this make sure that the syrup is cold and your Galaktoboureko is really hot.

Always laddle slowly the cold syrup over the hot Galaktoboureko, enabling each ladle to be absorbed, so that the syrup is absorbed evenly. Even though it will be really hard.. you should wait for the Galaktoboureko to cool down for a while before cutting into pieces.

Tip: It’s best not to cover the galaktoboureko while it is still warm to prevent the steam from getting trapped. In that case the phyllo will become soggy. Just leave it uncovered on the counter.

So go ahead, give this traditional Galaktoboureko recipe a try and amaze your friends and family!

If you love syrupy Greek desserts here is a list of my favourite recipes to try: