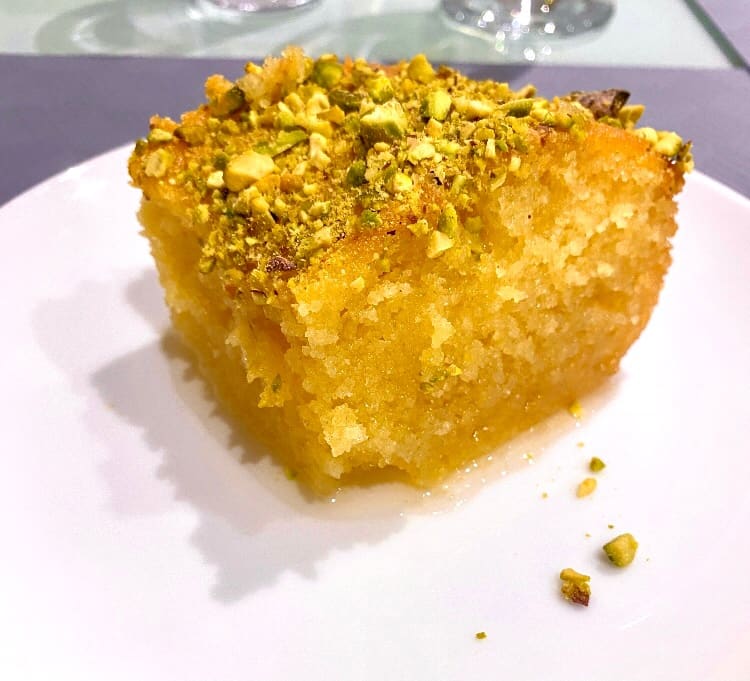 Fluffy, moist, cooling and extra syrupy! A mouthwatering traditional Greek dessert with the flavours and aromas of flaked coconut and oranges (revani or ravani cake).

Extra syrupy Greek coconut cake (Ravani cake) – The secret is in the syrup!

Revani or ravani cake (Greek coconut cake) is a traditional Greek dessert which falls under the category of ‘Siropiasta’, which means syrupy Greek desserts.

Syrupy Greek desserts are very popular among Greek cuisine and with good reason! From extra syrupy cakes like portokalopita, karidopita or ravani to traditional Greek Christmas desserts, like melomakarona or diples and of course the famous traditional Greek baklava recipe. One thing all these Greek desserts have in common is of course the moist of scented syrup, which makes each one just irresistible!

Prepare the syrup for the Greek coconut cake (ravani) recipe: To achieve the perfect texture for the syrup of the ravani cake, you should never blend or stir the syrup, while it is boiling. Just bring to the boil, let the sugar dissolve in the hot water and boil for 5-10 minutes, until the syrup thickens a little bit. When adding syrup to the ravani cake, always make sure that the cake is cold and the syrup is really hot. Ladle really slowly the hot syrup over the cold ravani, enabling each ladle to be absorbed, so that the syrup is absorbed evenly.

Even though it will be really hard.. you should wait for the ravani to cool before cutting into pieces, or else it will crumble. Ideally serve this Greek coconut cake cold from the fridge the following day.

So go ahead, give this traditional Greek coconut cake recipe a try and amaze you friends and family!

If you love a traditional syrupy greek desert, the below recipes are made for you! Enjoy!

Looking for a traditional Greek Ravani recipe? This locally sourced recipe with step by step instructions will help you make the most syrupy, fluffy, tasty ravani cake!