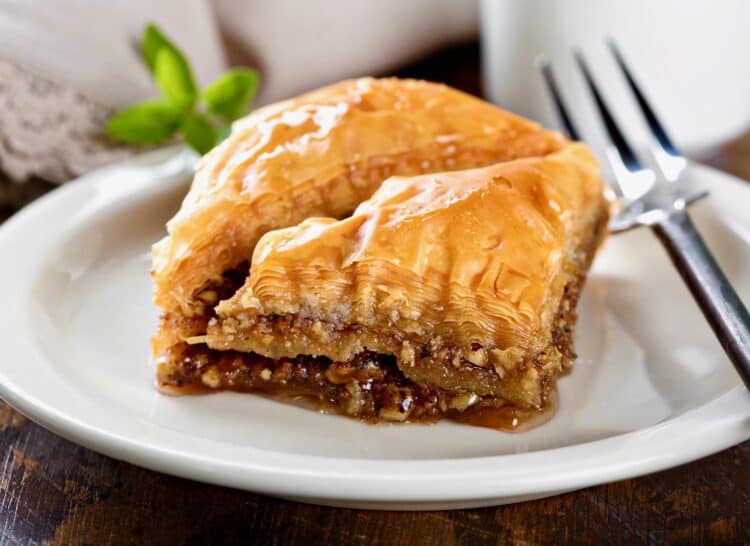 Crispy, nutty and extra syrupy! Greek Baklava is a delicious traditional dessert made of layers of crispy golden brown phyllo, filled with chopped walnuts and garnished with honey syrup. Just heaven! This is a very easy classic Greek Baklava recipe for you to recreate this sweet delight from scratch.

A lot of speculations abounds about the origin and history of Baklava. Greeks and Turks still argue over its origin and is claimed by both countries. A lot of historians believe that it has its roots in ancient Greece, where they made the ‘gastrin’. Gastrin was a dessert very similar to the current baklava.

What is Greek Baklava made of?

From extra syrupy cakes like portokalopita, karidopita or giaourtopita to Greek pastry desserts, like kataifi, saragli and galaktoboureko. One thing all these desserts have in common is of course the moist of scented syrup, which makes each one just irresistible!

What kind of nuts are in Baklava?

The nuts used mainly in the traditional Greek Baklava recipe are walnuts. The nuts used in the filling is the difference between the Turkish and Greek version, as the Turkish one uses pistachios. I must admit that my personal favourite is walnuts mixed with pistachios.

In Central Greece baklava is made using only almonds, in Pelion with walnuts and northern Greece with pistachio. So feel free to experiment with whatever suits your taste. 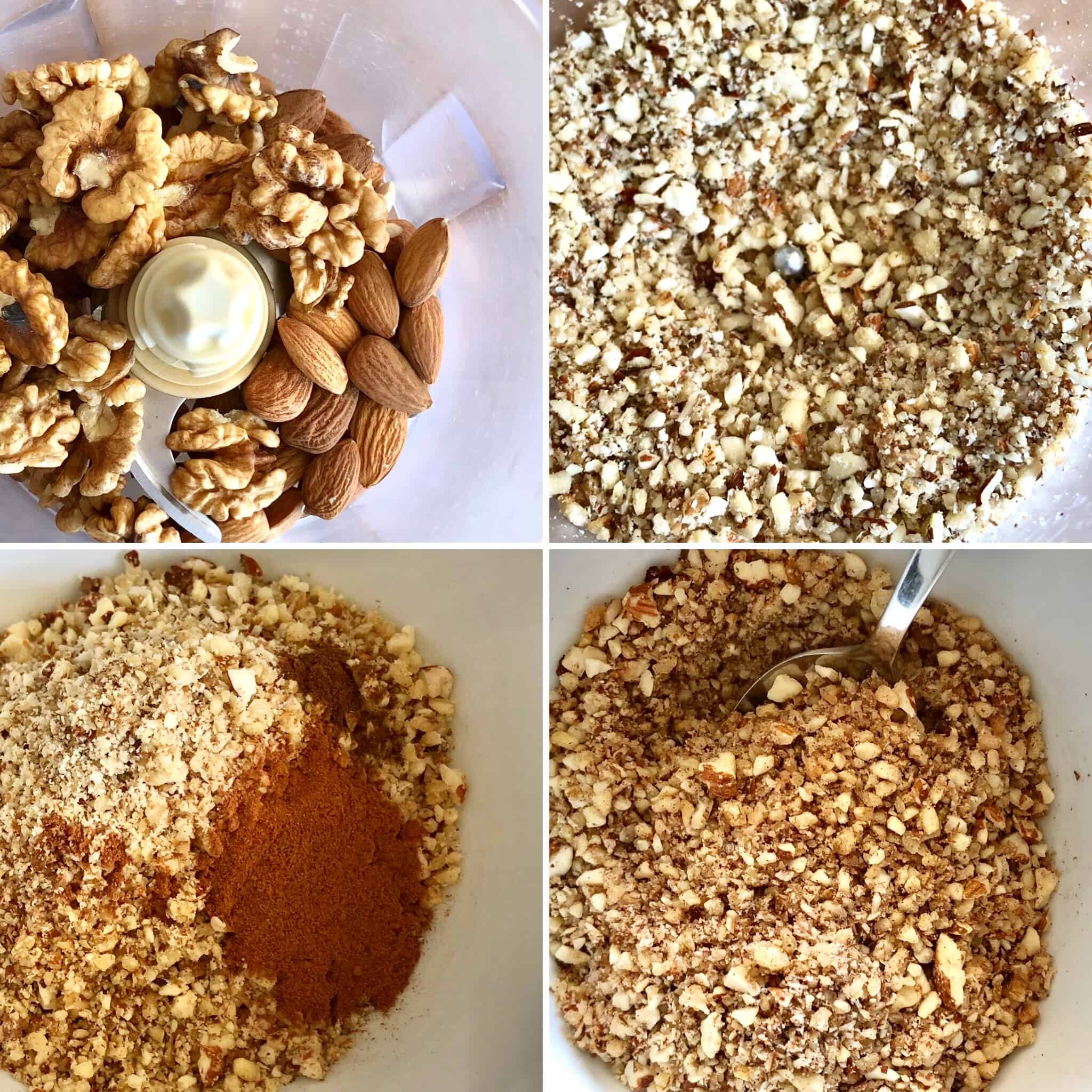 What kind of butter to use?

How to make the perfect homemade Greek Baklava?

After a lot of experimenting, we have distilled the essence of this delightful dish to a few easy to follow steps for you to make the very best authentic baklava with little to no effort. So, this Greek baklava recipe can be summarised in three key stages: Preparing the nut-y filling, layering the filo sheets and preparing the scented syrup.

When preparing phyllo based desserts a little trick to make the phyllo crispier and flakier is to sprinkle the melted butter over the phyllo sheets, rather than brushing them.

I always prefer to use fresh filo (phyllo) sheets as it saves time defrosting them, but if you choose frozen phyllo, it is important to thaw it completely by putting it in the fridge from the previous day. Working with phyllo can be tricky as it’s brittle and can dry out very quickly.

Tip: Once start preparing this Baklava recipe, make sure you have a cleared out working surface, large enough to spread the filo sheets and minimise the time that they are exposed to the dry air. (Check the handling tips)

To achieve the perfect texture for the syrup, you should never blend or stir the syrup, while it is boiling, or else it will become grainy. Just let the sugar dissolve in the hot water and boil for 2 minutes to make the syrup nice and thick. Make sure to add the honey after the syrup stops boiling. This will help maintain the aromas of honey intact.

Tip: Also it is important to cut the baklava into pieces before baking.

Always laddle really slowly the cold syrup over the hot Baklava, enabling each ladle to be absorbed, so that the syrup is absorbed evenly. Even though it will be really hard, you should wait to cool down completely before serving.

How to store your Baklava?

So go ahead, give this super easy Greek baklava recipe a try and let everyone think you are a master chef!

If you love a traditional syrupy greek desert, the below recipes are made for you! Enjoy!

The best traditional Greek Baklava recipe! A classic Baklava dessert with layers of phyllo, walnuts and honey to amaze your guests with it’s authentic taste

‘Unrolling’ the Secrets of Working with Phyllo Dough