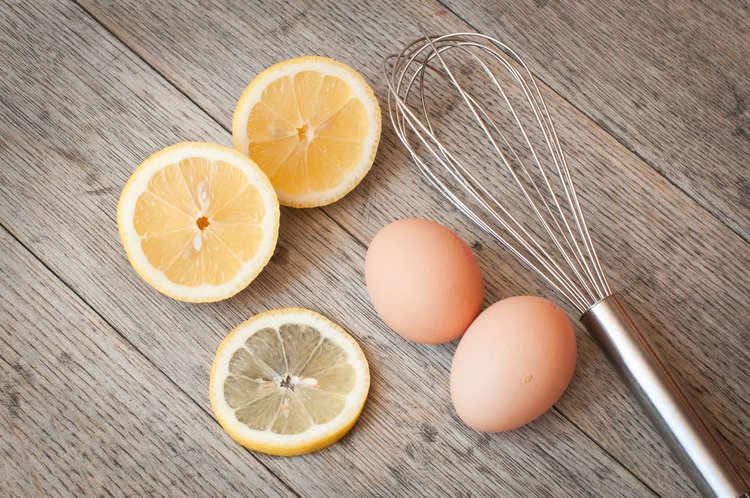 Although the basic Greek Avgolemono recipe is relatively simple, experience has shown me that it can be really tricky. If you have ever tried making your own Avgolemono (egg lemon sauce) before lots of things can go wrong leading to a disaster! The most common mistake is that the Avgolemono (egg lemon sauce) curdles and gets lumpy. To prevent you from making the same mistakes, I have put together this short and simple guide to the perfect Avgolemono sauce and help you succeed every single time.

Avgolemono (egg-lemon sauce) is a delicious Greek sauce which is widely used in a variety of Greek dishes, from meatball soup, chicken soup, to Greek-style fricassee, stuffed cabbage rolls and the list goes on. This Greek Avgolemono recipe is so versatile that it can be used with almost everything!

Egg lemon sauce (Avgolemono) is the secret ingredient to finish off all these Greek dishes, as it acts as a thickening agent, giving a unique taste, creamy texture and a nice, tangy homely flavour.

Get started with this amazing egg lemon sauce (Avgolemono) recipe

To make the traditional Avgolemono recipe (egg lemon sauce) you will need 2-3 eggs (at room temperature), the juice of 2-3 lemons (depending on how lemony you want tour sauce to taste) and some broth.

Some tips for the perfect egg-lemon sauce (Avgolemono)

An easy no fail version of Avgolemono sauce for beginners

If you haven’t tried making an Avgolemono recipe before, I have a little trick for you that will make your egg-lemon sauce impossible to fail. You will need the same ingredients as in the basic Avgolemono recipe with the addition of 1 tsp of corn strarch.

Into a bowl add the lemon juice and 1 tbsp of water, add the corn starch and whisk well until dissolved. Crack in the eggs and whisk very well. Add slowly some of the warm stock or soup and whisk quickly, add some more and whisk again so that the eggs warm up. Then pour gradually the egg mixture back into the pot, whilst constantly stirring and bring just below boiling point. Done!

How to take your egg lemon sauce to the next level

This is the technique I use most of the time when making a Greek egg-lemon sauce (Avgolemono). It may take a little longer to prepare but it results in a creamier version of the sauce which is well worth the trouble!

Continue whisking for 1-2 minutes and gradually add some of the hot broth, a litte bit at a time. Make sure you add the broth slowly or the egg whites will curdle! When done, pour the mixture back into the pot, stir well and leave for 5-10 minutes.

How to prepare Avgolemono sauce from soups that contain pieces of meat?

If the dish you are preparing is not a soup and contains pieces of meat, in order to achieve the very best texture on your Avgolemono sauce, you should separate the meat from the broth, strain the broth and place in a separate pan. Then prepare the egg lemon sauce in an other pan and combine with the meat at the end.

Serving with some crusty bread and digging into that delicious sauce is one of the reasons why I love this egg-lemon sauce! So don’t forget to get yourself some rustic, crusty bread and enjoy an amazingly tasty experience!

The traditional Greek Avgolemono recipe can be a tricky affair. Not any more! Find out how to make the perfect egg lemon sauce with these 3 easy recipes and expert tips.