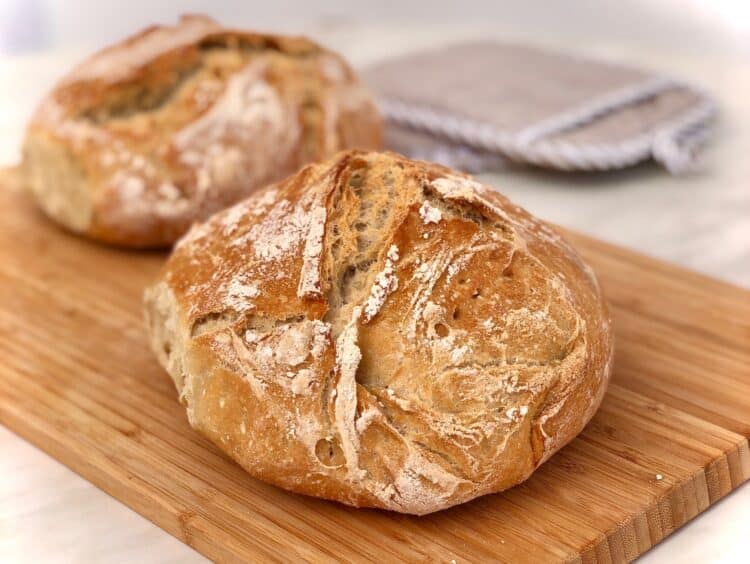 A super easy Greek village bread recipe (Horiatiko Psomi) that will amaze you! This is a Greek rustic bread recipe, that I’m absolutely certain all you bread lovers will enjoy for its simplicity.

For some, making bread is not just a process, but rather something really special. You will love this recipe’s little touches all while waiting patiently for a perfectly proven dough.

And if you’re a novice, I’m sure you’ve tried making bread before and ended up with a mess in your kitchen and nothing but disappointment. Don’t worry though, this super easy Greek bread recipe will never fail you!

Which are the most popular types of Greek breads?

Bread is a staple in the Greek cuisine. One can find lots of different types of breads. The most popular Greek breads are “village” bread (rustic bread), pita bread, raisin bread, Greek sesame bread rings and Lagana. Each one is prepared and shaped in a different way and has each own unique texture and taste. 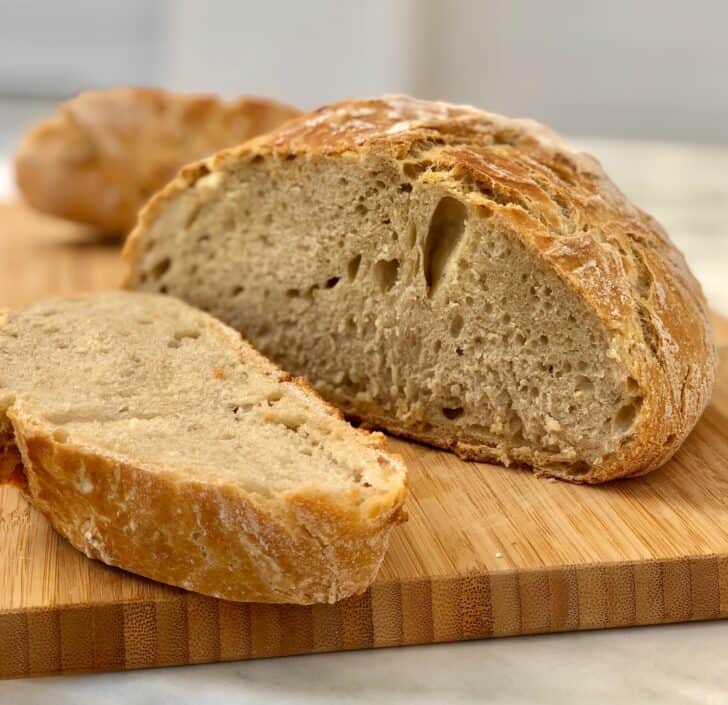 What is Greek village (country) bread?

Village or country bread (Horiatiko psomi) is a type of Greek bread one can find in every Greek bakery. It originates from Greek villages and has a unique flavor and texture. Traditionally it is a denser type of bread that resembles the taste of sourdough bread. It’s main characteristic is that Greek village bread is baked in outdoors wood fired ovens.

This is an easy simple homely version of the traditional Greek village bread recipe that calls for fresh yeast and a long time proving (overnight). A combination that will give a unique yeast-y taste and texture that resembles sourdough bread.

When preparing this Greek bread recipe it is best to use a “strong” flour known as bread flour which is high in protein. This will help the bread hold it’s shape better and give more texture.

An extra tip is to spread out some semolina on the working surface when kneading the finished dough. Semolina gives homemade bread that extra crisp, that I personally love.

Note: If you don’t have any fresh yeast lying around, you could also use instant yeast (1/3 of the amount of fresh yeast). 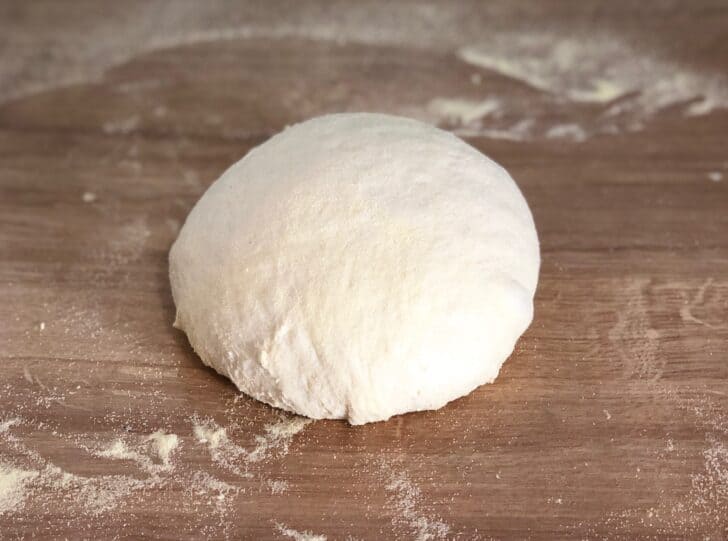 How to bake Village bread in an oven?

To bake my Greek bread it’s best to use a casserole dish with a lid or a Dutch oven. Preheat the oven at high temperature (200-210C/ 400F). Bake the bread for 45 minutes with the lid on and another 20 minutes without the lid, until its crusty and golden brown.

This baking technique helps the bread keep its moisture inside. It also helps to form that amazing crust resembling the traditional baking in wood baking ovens. 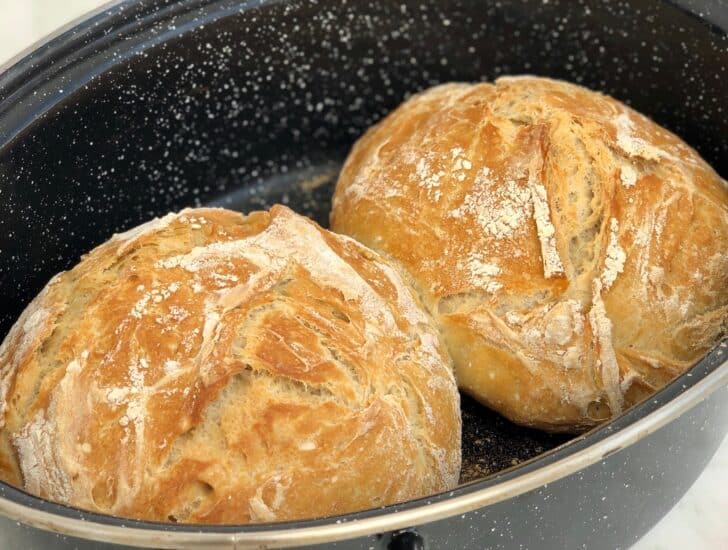 A super easy Greek village bread recipe (Horiatiko psomi) that will never fail you! All the secrets for a perfectly baked bread; a homely version for all the bread lovers.