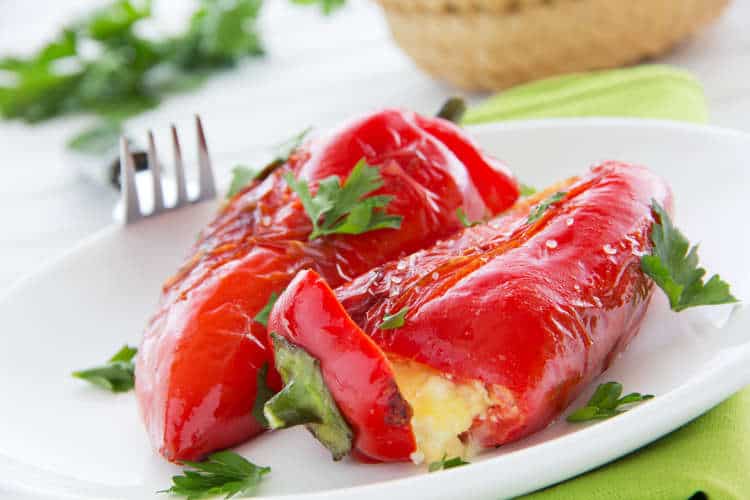 The secret ingredient in this traditional Greek stuffed peppers recipe is nothing else than the feta cheese stuffing. By using 2/3rds feta cheese and 1/3rd yellow cheese the stuffing will be gorgeously melty but, at the same time, will preserve the saltiness of the feta.

To bring all of the Mediterranean aromas to this stuffed peppers with feta cheese recipe, make sure you garnish with fresh garlic, parsley and good quality olive oil and optionally add some chopped chilli for that extra spicy kick, if you prefer.

This traditional stuffed peppers with feta cheese recipe is usually best eaten over the summer months as its light texture is ideal for a quick meal under the hot Greek island sun; however there is nothing wrong with enjoying it all year round as a delicious Greek appetizer, with a nice glass of dry white wine and let yourself be transported to your favourite beach holiday destination!

As always, feel free to comment below with any questions, comments or just to say hi! And don’t forget to share on your favourite social network using the links above.