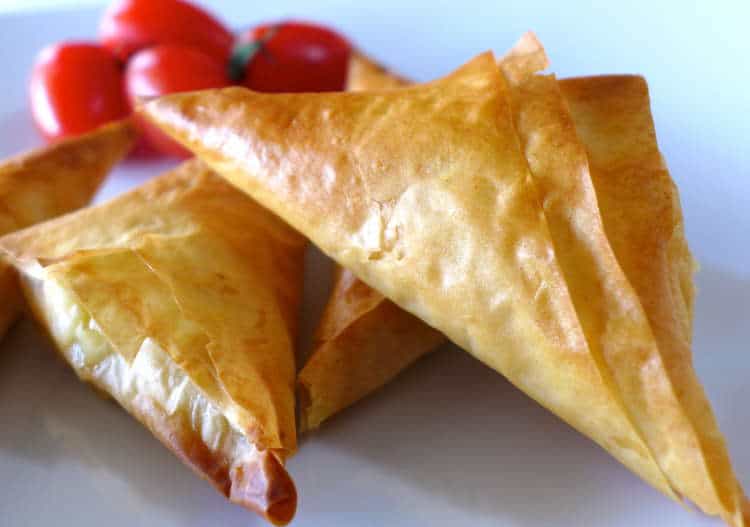 A delicious traditional Greek ‘Tiropitakia’ recipe suitable for every time of the day, as starter or mid-day snack! To prepare this traditional tiropitakia recipe (Greek feta cheese triangles) we crumble the feta cheese and mix it with two different kinds of yellow cheese for extra flavour. We then wrap them with phyllo pastry forming a triangle, brush with melted butter or olive oil and bake them until golden and crispy to perfection.. Simply delicious!

Greek feta cheese pies, rolled into individual servings (tiropitakia) are very popular in Greek cuisine and come into a variety of shapes. They can be made as individual rolls, half moons, little croissants or triangles. One can also find tiropitakia with flour, without phyllo dough. 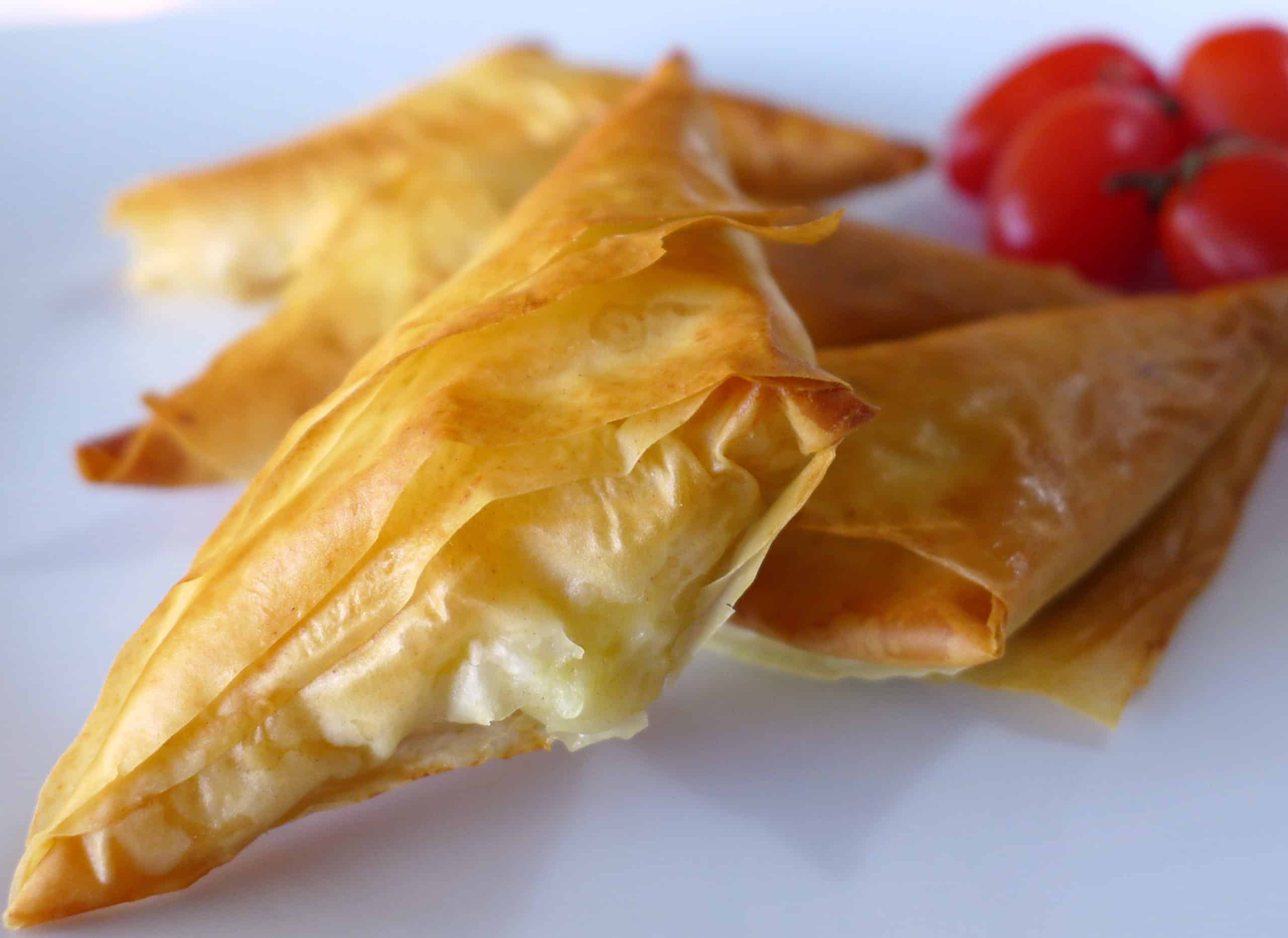 The main ingredient you will need to make this phyllo dough triangles (tiropitakia) is of course feta cheese which is a favourite ingredient in all types of Greek recipes, be it fried, baked or used for stuffing until nicely softened and slightly melty. A mature feta cheese gives this traditional tiropitakia recipe a bold and salty flavour, so be careful to just a little if no salt in the seasoning!

Give this super easy and delicious Greek traditional tiropitakia recipe a try and amaze your friends and family with its crispy and tangy flavour. Oh and you can always read this in Greek if you fancy Η πιο εύκολη συνταγή για τυροπιτάκια! Enjoy!

A delicious traditional Greek Tiropitakia recipe, the perfect little treat for any time of the day! For this Greek feta cheese triangles recipe the feta cheese is crumbled and mixed with two different kind of cheese and then wrapped with phyllo pastry, forming a triangle, brushed with melted butter or olive oil and baked until golden and crispy, to perfection.. Simply delicious!